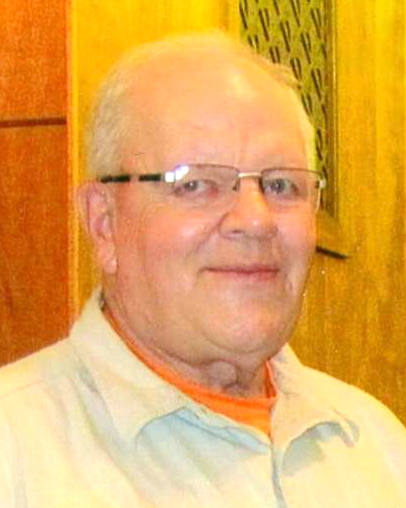 “I have fought the good fight, I have finished the race, I have kept the faith”
2 Timothy 4:7.

Michael Nelson Mead, 80, was called Home after an extended illness on Jan. 20, 2023.
Mike was born in Charles City, March 28, 1942, to James and Cleo Detra Mead of Greene. Mike enjoyed a childhood growing up on the farm. He loved driving tractors, riding horseback, and performed with a group of riders called the Hoofbeats. Later, when the family moved to Greene, Mike often traveled by train to Iowa City to cheer on his Hawkeyes. After graduating from Greene High School in 1960, Mike earned his bachelor and master degrees from the University of Northern Iowa in Cedar Falls.
While attending UNI, he met a young coed, Karen Pearson, whom he married Aug. 20, 1966, at the First Covenant Church in Red Oak. Mike taught middle school in Jefferson, and later in the Woodward-Granger School District. In 1976, he was given an opportunity by his father-in-law to pursue farming in Stanton. Mike took this opportunity. He often said farming was where he felt closest to God.
Mike was an avid reader, Iowa Hawkeye fan, enjoyed the outdoors, and loved to spend time with his dogs and horses. He treasured several trips trail riding with his brothers out west. Later in life, he started trapshooting and enjoyed the camaraderie with a special group of men. Mike was a man of integrity and a man of faith.
Mike is survived by his beloved wife, Karen; his daughter, Kim and her husband Dave Thomas of West Des Moines; son-in-law, Tim Salley of New Hudson, Mich.; and son, Tim Mead and his wife Jody of West Des Moines. Mike was proud of his seven grandchildren, Sam and Nick Thomas, Carter and Reese Salley, and Mara, Lucas, and Caleb Mead. Mike is also survived by his brothers, Steven (Jo) Mead and Philip Mead, sister-in-law, Janet Miller, brother-in-law, Dean Bishop; great-aunt, Helen (Don) Lester, and many cousins, nieces, and nephews.
Mike was greeted in Heaven by his daughter, Michelle Mead Salley, his parents; grandparents, Hazel and Walter Detra; and his in-laws, Earl and Berniece Pearson.
Visitation will be held on Wednesday, Jan. 25, from 5 to 7 p.m. at Nelson-Boylan-LeRette Funeral Chapel in Red Oak. A Celebration of Life service will take place on Thursday, Jan. 26, at 11 a.m. at the Evangelical Covenant Church in Stanton.
Memorials may be directed to the Evangelical Covenant Church in Stanton, Stanton Library, or Red Oak Public Library.
Nelson-Boylan-LeRette Funeral Chapel is in charge of arrangements.