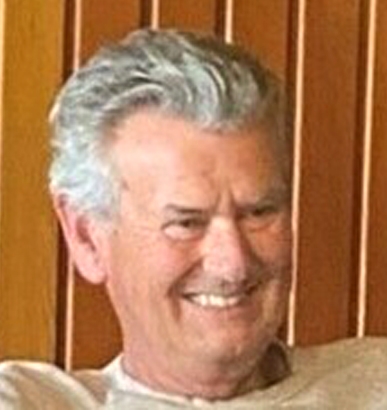 James “Jim” Dean Sifford, 71, Elliott, passed away Aug, 26, 2022, at the Montgomery Memorial Hospital in Red Oak
Jim Sifford, the son of James and Eileen (Bisbee) Sifford, was born April 23, 1951, in Creston. Jim attended grade school in Elliott, and then graduated from Griswold Community High School with the class of 1969. He went to Northwest Missouri State University. Jim and Diane were married in 1970 and they had two children, Jamie and April. Jim was a member of the Elliott Church of Christ.
He began his career working for Wayne Feed and went on to build Sifford Feed Service, which he ran for 10 years. In 1984, Jim became a loan officer for Houghton State Bank. In 2000, he became President of the bank and retired in 2017 as President and Chairman of the board. He loved mentoring employees, running a tight ship and giving back to the community through his many volunteer roles.
During retirement he was passionate about spraying thistles, working on the farm and helping Diane grow pumpkins to share with others. He enjoyed spending time with his family and attending his grandchildren’s sporting events. He liked to hunt and fish and loved taking fishing trips to Canada.
Jim was preceded in death by his parents.
He is survived by his wife, Diane Sifford of Elliott; his son, Jamie Sifford and wife Melanie of Red Oak; his daughter, April Rhymaun and husband Rich of Fort Collins, Colo.; his grandchildren, Bradley and Brayden Sifford, and Ellie Rhymaun; and his sisters, Sandra Sifford of Lincoln, Neb.; and Barb and her husband Bob Syata of Ankeny. He is also survived by his in-laws, nieces, nephews and friends
A memorial visitation will be held on Sunday, Sept. 4, 2022, from 2 to 5 p.m., at the Griswold Community Building. A time of sharing will be held at 2 p.m.
Rieken Duhn Funeral Home in Griswold is assisting the family with arrangements.