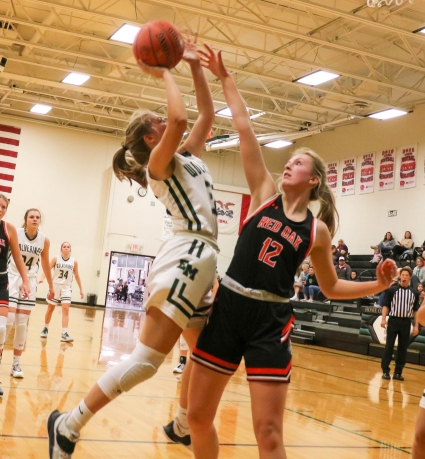 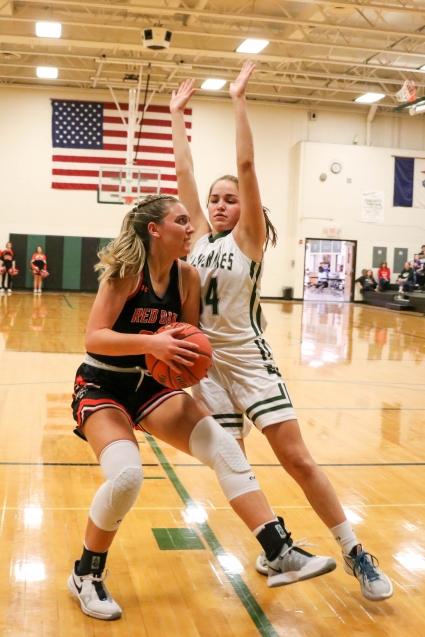 The Red Oak Tiger varsity girls basketball team had their first game of the season, as they faced off with the East Mills Wolverines on Tuesday, Nov. 23. The Tigers had a rough night, falling to the Wolverines 63-20.

The Tigers scored eight points in the first quarter, but the shooting fell flat after that.

“The girls did not quit and continued to work hard throughout the night,” Red Oak head girls basketball coach Cliff Owen said.

Williams also had nine rebounds, one assist, and four steals, while Crouse earned her first double-double of the season, getting 10 boards, two assists, two steals, and one block.