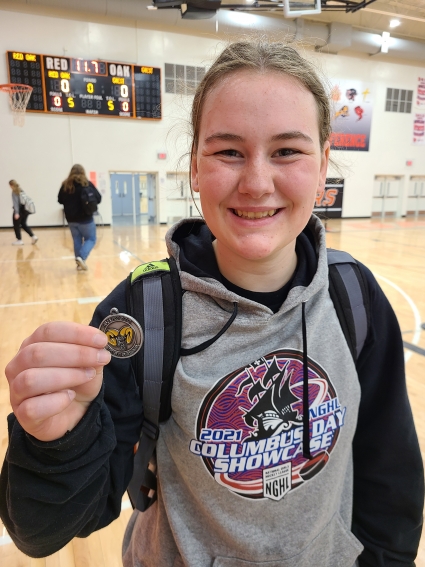 Red Oak boys were led by Sam Fields, who carded a 51.

“The team fell into the same problems as last year with too many penalty strokes and too many big numbers,” Red Oak head boys golf coach Bob Boeye said. “We have a lot to work on with next week having a nine-hole meet and two 18-hole meets. Unfortunately, we have low numbers this year, only six players. Hopefully, we can start creating more interest in this game.”

The Tiger girls fell 210-226 to the Rams. Glenwood’s Faith Weber earned medalist honors with a 48. Red Oak’s Brynn Knaus claimed runner-up honors carding a 50 and beating teammate Addey Lydon in the card off.

Jasmyn Perez golfed for Red Oak JV and finished with 77.

Red Oak boys compete in Lewis Central on Thursday, April 14, in an 18-hole tournament that begins at 8:30 a.m.

Red Oak girls compete in Shenandoah on Thursday, April 14, in an 18-hole tournament that begins at 1:30 p.m.