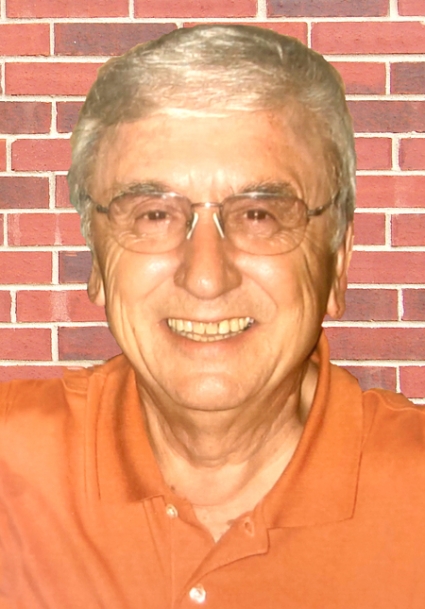 Randall Kay Breckerbaumer, 84, Atlantic, passed away Monday, Sept. 19, 2022, at Cass County Memorial Hospital.
Randall was born June 28, 1938, the son of Wilbur (Breck) and Alberta (Kohlsheen) Breckerbaumer. Randall grew up in Lewis, attended the Lewis Consolidated School and graduated from Lewis High School in the Class of 1956. Right away, Randall began touring with a 14-piece orchestra as their singer, performing in 22 states. He then attended Drake University for one year.
Randall married Sharon Kay Casady on March 23, 1958, at the Methodist Church (now the United Congregational Methodist Church) in Lewis. They had two children, Janis Sue and Jon Alan. Randall, Sharon and children moved to Phoenix, Ariz. in 1962. While there, he had a milk route and then worked as a meter reader for Arizona Public Service before returning to Iowa. After his return, he went to work in the insurance business with Clarence Hancock. Randall enjoyed his job and ended up owning The Insurance Place and bought another agency in Atlantic. He ended his career running Noble Township Mutual Insurance. He was in the insurance business for over 30 years.
Randall touched many lives with his musical talents, singing at over a thousand funerals. He always felt he had a blessed life. His most difficult time was losing his son, Jon, to cancer at the age of 19.
Randall enjoyed his family above all else. He also loved traveling, singing, telling stories, and making people laugh. He was known for his larger-than-life personality! Randall and Sharon enjoyed trips to 48 states, England, Mexico, Canada, and the Caribbean. Randall served on the Senior Citizens Board in Lewis, the Griswold Telephone Board for 11 years, the Griswold Golf Club Board for three years, the Atlantic Golf and Country Club Board for three years, the Rolling Hills Bank Board for 20 years, the Noble Township Insurance Board for 15 years, and the Congregational Methodist Church Board.
Randall is survived by his daughter, Jan (Ken) Tolton; his grandchildren, Misty (Theodore) Johnson, Jon Kelly (Maggie) Muller, and Meagan (Nathan) Ross; step-grandchildren, Nicholas (Lori) Muller, Bethany (Nathan) Koch, Jill (Matthew) Huebsch, and Matt Tolton; great-grandchildren, Bruce, Margaret, Max, and Ellen Johnson; Clara, Lucy, Isabelle, and Vivian Muller; Brody, Olivia, and John Ross; Jack and Abigail Muller; Emma, Audrey, and Jacob Koch; and Zack, Alex, and Zoey Huebsch; sister, Pat Marshall Burk; brothers-in-law, Richard (Darla) Casady and Daryl Henningsen; step-sisters, Donnis Christensen and Rita (Jon) Slankard; and several nieces and nephews.
Randall was preceded in death by his wife, Sharon; his son, Jon; his parents, Breck and Alberta; his step-father, Dale Tanner; his sister, Rita Henningsen; his son-in-law, Kent Muller; his brothers-in-law, Lee Marshall and Ron Burk; and niece, Traci Barnholdt.
A Celebration of Life Memorial service was held Thursday, September 22, 2022, at the First United Methodist Church in Atlantic. A private family burial was held prior to the service at Oakwood Cemetery in Lewis. The service at the church was recorded and is available on the funeral home website.
Memorials may be directed to the family and will be later designated to the United Congregational Methodist Church, the town of Lewis and families in need.
Roland Funeral Service is caring for Randall’s family and his arrangements. Condolences may be left at rolandfuneralservice.com.