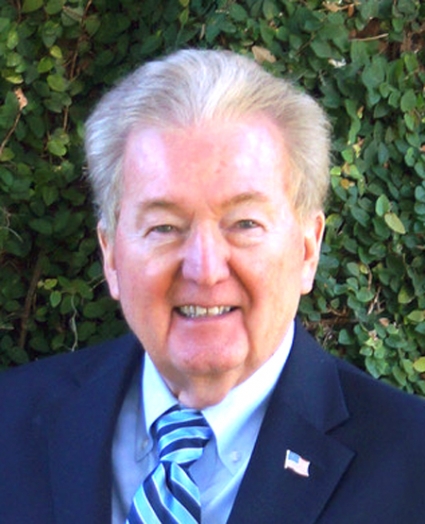 Douglas G. Billings, 80, of Murrells Inlet, S.C., formerly of Red Oak, transitioned to heaven on Sept. 5, 2022, following a brief fight with aggressive cancer.
Doug was born March 9, 1942, in Creston, son of the late Nancy Wilhelm Petersohn and Glen Billings, and grew up in Red Oak. He earned a degree in Political Science from Parsons College in Fairfield, where he also served as president of Sigma Phi Epsilon Fraternity and of the student body. He was united in marriage to Annette Sellergren on June 21, 1969, in Stanton. He served in the Army National Guard from the early 1960s to the mid-1970s.
Doug worked in the hospitality industry for nearly 40 years. His career began as General Manager of the Holiday Inn (which became the Red Coach Inn) in Red Oak, the smallest property in the international Holiday Inn system, from 1972 to 1986. In 1984, he was elected to the International Board of Holiday Inns (IAHI), which afforded him and his family wonderful international travel experiences and lifelong friendships. Doug was a community leader in Red Oak, serving on the Chamber of Commerce and the Red Oak Industrial Foundation, among many other community clubs and groups. He was instrumental in the building of Acorn Acres and the founding of All Angels Episcopal Church. He served on the Iowa Development Commission from 1976 to 1980. He and Annette were well known for their wonderful holiday parties in the 1970s and 80s at their big red house on 8th Street.
In 1986, he moved his family to suburban Philadelphia, Penn., to work for The Pickering Group, an upscale hospitality management and development firm. He later created and led the Hotel and Hospitality Products Marketing Division of the Resolution Trust Corporation (RTC) during the Savings and Loan Crisis. He and his wife relocated to Murrells Inlet, S.C. in 2005. He was an inaugural member of the advisory board for the Resort and Tourism program at Coastal Carolina University, where the family also enthusiastically held season football tickets. In the following years, he has worked in luxury residential real estate, most recently with The Lachicotte Company – Christie’s International Real Estate.
Doug was a perpetual student of history, politics, and American government, and was a true believer in “the great experiment” of American democracy. He was a voracious reader, devouring every John Grisham novel and myriad books on American history. He was a natural leader, a wonderful orator and mediator, and was well-known for his gift of expression in business, family, and church life. He was a dedicated member of Holy Cross Faith Memorial Episcopal Church in Pawleys Island, S.C. In recent years, he served as a trustee of the Episcopal Diocese of South Carolina and was on the selection committee for the new Diocesan Bishop.
Preceding him in death were his parents, and his sister, Jane Horton Leasman.
He is survived by his wife of 53 years, Annette, of Murrells Inlet, S.C.; daughter, Melissa Billings and wife Gretchen Schultz of Philadelphia, Penn.; daughter, Abigail Whittaker and husband Christopher Whittaker; and grandchildren, Harper and Aubrey Whittaker of St. Augustine, Fla.; special family member, David Dozier and wife Ingrid of Myrtle Beach, S.C.; brother, William H. Billings, Sr. and wife Jan of Manhattan, Kan.; and numerous in-laws, nieces, nephews, and friends.
A memorial celebration of life will be held on Sept. 21, 2022, 10:30 a.m., at Holy Cross Faith Memorial Episcopal Church, 113 Baskervill Drive, Pawleys Island, SC 29585. Interment will immediately follow in the church columbarium.
In lieu of flowers, memorials may be presented in Doug’s name to Tidelands Community Hospice, tidelandshospice.org/donate, 2591 N. Fraser St., Georgetown, SC 29440; and/or Holy Cross Faith Memorial Episcopal Church, 113 Baskervill Drive, Pawleys Island, SC 29585.