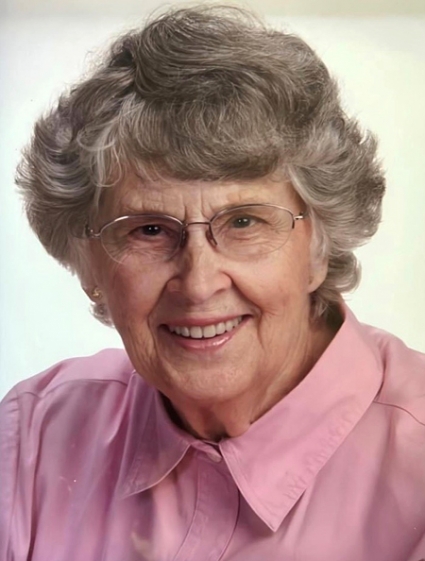 Dorothy Marie Bozwell, 89, Red Oak, passed away Tuesday, Aug. 23, 2022, at her home. Dorothy was born Feb. 12, 1933, in Adams County, the daughter of Mearl and Bernice (Kapple) Smith. She was raised in the Adams County area, graduating from Lenox High School in 1950.
Dorothy was united in marriage to Lester Bozwell on June 11, 1950, in Corning. They lived many different places in southwest Iowa until moving to the Red Oak area in 1970 and into Red Oak in 1977. Over the years, Dorothy worked many places including the Gold Crown Inn, Red Lion, and the Branding Iron in Clarinda before working for the Red Oak Community Schools as a cook, retiring after 15 years in 1995. Dorothy always kept busy cleaning houses, ironing, sewing, and baking. She was known for her signature cinnamon rolls. She also enjoyed attending her grandchildren and great grandchildren’s activities.
Preceding her in death were her parents; husband, Lester Bozwell; siblings, Robert, Cleo, Dale, Gene, and Donald Smith and Beverly White; son, Ricky Bozwell; daughters-in-law, Rita Bozwell and Ann Bozwell; and son-in-law, Dennis Swain.
Survivors include her children, Johnny Bozwell and wife Kathy of Corning; Linda Swain, Gary Bozwell and wife Jean, and Raymond Bozwell and wife Deb all of Red Oak; and Joan Clark and husband Mark of Ft. Worth, Texas; 19 grandchildren; many many great- and great-great-grandchildren; brother, Marvin Smith and girlfriend Judy Beckett of Corning; sister-in-law, Betty Smith of Villisca; and many other relatives and friends.
Funeral services were held Monday, Aug. 29, 2022, at the Nelson-Boylan-LeRette Funeral Chapel. Burial was in the Evergreen Cemetery.
Memorials are suggested to the Assembly of God Church.
Nelson-Boylan-LeRette Funeral Chapel is in charge of arrangements.