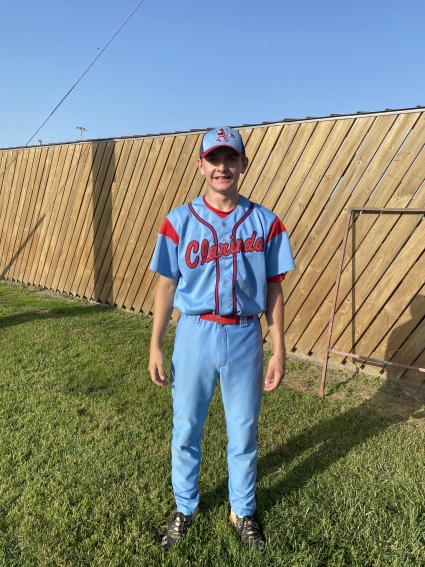 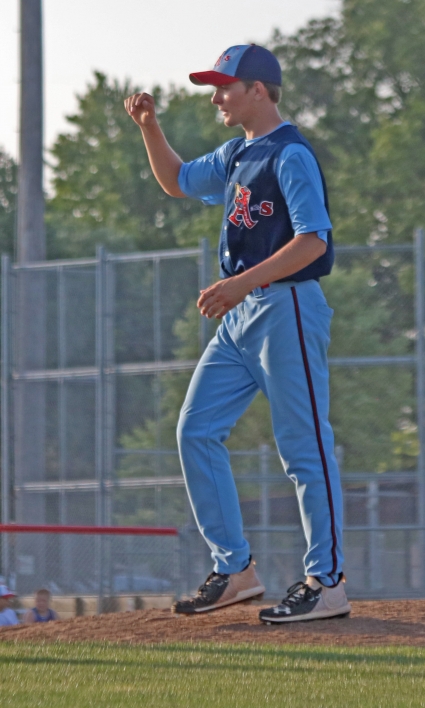 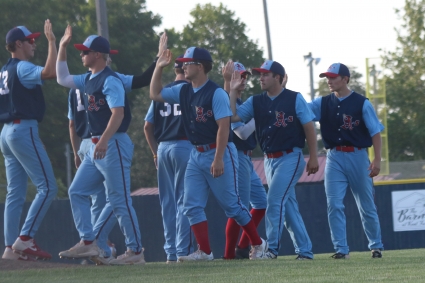 Colby Royal, Stanton High School graduate and current Grand View University sophomore, is pitching for the Clarinda A’s this summer. The A’s is a summer amateur baseball team in the MINK League. Other teams in the league are the Chillicothe Mudcats, St. Joseph Mustangs, Jefferson City Renegades, Sedalia Bombers, Des Moines Peak Prospects, Nevada Griffins, Joplin Outlaws, and the Carroll Merchants.
Royal currently has the most appearances with 10 and is second for most wins this season in the MINK League, starting one game and 3-2 on the season, striking out 15 batters. The team  holds a 15-7-1 overall record and 13-7-1 in the conference.
Clarinda A’s head coach Ryan Eberly has repeatedly said that Royal is doing a good job for the team.
Royal was a pitcher for the Stanton Vikings from 2016 to 2021, recording his first win his eighth-grade year in the Corner Conference tournament against Clarinda Academy. He posted a winning record each year, except his final season, when he went 3-3. His ERA never rose above 2.42 and his WHIP ranged from .97 to 1.50 for a stellar prep career.
Royal went 1-1 at Grand View with the loss coming in extra innings.
“In high school, you may have two or three opponents who are just great hitters,” Royal said. “In college, everyone is a hitter.”
Royal enjoyed his first year of college baseball but was excited for the opportunity to continue to get better during summer.
“I work with someone who is close to the Eberlys, and he said they were looking for arms,” Royal said on how this opportunity came about. “I just want to play ball, so I called and was put on the roster.”
Having a part-time job while pitching can cause schedule conflicts, but Royal said the coaches have been working with him to make sure he doesn’t miss work and is still able to get time on the mound.
“It’s great because both FMTC and the coaches are very flexible with my hours and work with me very well.
“The biggest difference from high school baseball and this summer team is you knew the players from high school,” Royal said. “You knew who was more apt to drop a ball or keep the grounder in front of them. These guys come from all over the country, and I have to trust them to play defense behind me and make plays, as well as gain their trust when I am pitching. It’s a great opportunity to be able to learn from these players and see different types of competition.”
Royal began his baseball career at an early age, having two older brothers.
“Watching my brothers play and have success in high school made me want to be just like them and have similar success,” Royal said. “It set a standard in my mind of what I wanted out of my high school sports and beyond.
“I started practicing baseball at an early age. My dad worked with me all the way through little league. He would come home from work and toss balls, and I would try to hit. As I got older, he set up the backyard for pitching practices. He has always been supportive, and my mom is the best encourager and always pushes me to be better. They have taught me if I want to be good or better at something, it takes extra time and hard work to get to the next level.”
As Royal grew, he learned he had a knack for pitching and wanted to improve that skill.
“I asked my high school pitching coach, Alex Cabbage, if there was any way we could do pitching stuff in the offseason to try to get better,” “I went to a lot of my older brothers’ high school baseball games, and a few College World Series games,” Royal said. “I also went to a Reds game where I got to see my favorite player, a pitcher, Aroldis Chapman.”
Chapman threw the fastest ball in MLB history. He was a person Royal could look up to.