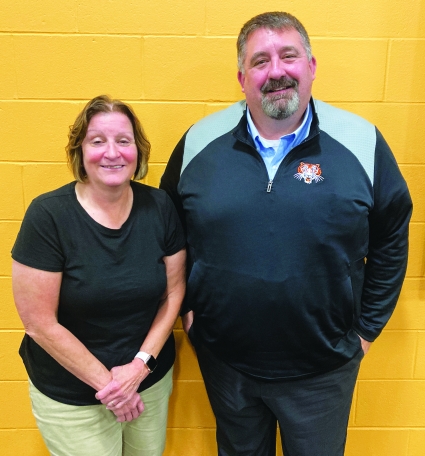 Inman Elementary and the Red Oak Jr./Sr. High School have improved their rankings in the Iowa Department of Education’s 2022 School Performance Profiles.
Superintendent Ron Lorenz said the ratings were a requirement of the federal Every Student Succeeds Act, which called for districts to have school report cards.
“Both Inman and the junior/senior high school received acceptable overall ratings. The report cards compare districts on a number of different factors including participation rates on exams or state assessments, proficiency rates in English, language arts, and math assessments, student growth, and attendance. They take all those rates and distill it into a score, and compare districts based on that. We still have some work to do,” Lorenz said.
The board also approved a hard surface roads only plan for the 2022-23 school year. Lorenz said the plan mainly went into play when gravel roads were unsafe or inaccessible.
“This includes situations when gravel roads are too icy to drive on, or have drifted, or possibly in the spring when they are too muddy or too rutted to drive. We ask parents to  transport their students to the hard surface closest to their home and get kids to and from school without getting busses stuck or having accidents,” advised Lorenz.
Lorenz added the parents were given a window of when to have the kids at the route pick ups, but no kids were ever left behind. In cases where the parents were not able to pick up kids in the alotted time after school, the students were transported back to the school and the parents picked them up there.
Also approved was the purchase of a van with a lift for the school’s lunch program. Lorenz said there have been a number of issues with the district’s existing van.
“It doesn’t have a ton of miles, only around 68,000 miles on it, but it’s been in the shop several times for repairs, and we’re also having some problems with the external lift,” Lorenz said.
Since the district had sufficient funds in the childhood nutrition account, Lorenz said they wished to purchase a new van and use the existing one to replace one of the vehicles in the district’s existing fleet.
“One of our vehicles is on its last legs, its transmission is gone, and it’s rusting in half. It also has nearly 200,000 miles on it so there’s no need to get it fixed,” stated Lorenz.
Lorenz added the district needed to use some of the funds in the nutrition account due to state requirements. He requested the board approve an amount up to $65,000 so the district could purchase the next available van and act swiftly.
“Barb Lombard, our transportation supervisor, has received a number of quotes that were all in the range of around $63,000, but the vehicles are usually gone by the next day. We’re asking that the board approve an amount up to $65,000 so that we can purchase the next one that becomes available and act quickly,” Lorenz explained.
The board also discussed and approved the purchase of on-site and virtual staff development and support for the Marzano Focused Growth and Evaluation Model, in the amount of $37,950 from professional development funds.
“These will allow us to further our implementation of Marzano. One of the trainings will provide a crash course for our new administrators and prepare our lead teachers, mentors, and staff. In includes on-site training and ongoing supports,” Lorenz commented. “We currently have an abundance of professional development funds, and the teacher quality committee found it important.”
In other business, the board:
• Approved the resignation, of school business official and board secretary Deb Drey, effective June 30, 2023. Lorenz stated that with the retirement of Sue Timmerman in 2021, Drey was currently the district’s longest-serving employee, having been with the district for 37 years.
• Approved the hire of Colby Sorenson and Colin Bruce as senior high school wrestling assistant coaches for the 2022-23 school year.