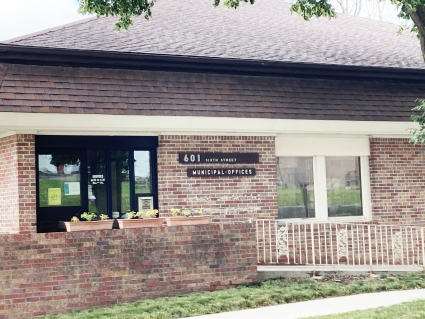 By a four to one vote, members of the Red Oak City Council approved a city administrator evaluation process at the Monday, Nov. 7 meeting. Council member Scott Keith case the lone no vote to approve the evaluation form.
Councilmembers Tim Fridolph and Pete Wemhoff have been collaborating on an annual form over the past few months. The evaluation form would be filled out by Mayor Shawnna Silvius, city council members, city department heads and the city administrator himself.
The evaluation contains nine categories of evaluation criteria. Each category contains a statement to describe a behavior standard in that category. For each statement there is a scale from one (poor) to five (excellent) to rate the city administrator’s performance.
The categories are: fiscal management, quality of services, human resource management, leadership and governance, operational management, strategic planning, performance management, council relations and communications, and community relations and communication. Fridolph said the statements were based off the city administrator’s job description.
Although Wemhoff helped create the form and voted in agreement, he did comment he felt 40 questions was too lengthy.
“I think it’s difficult for some to fill that out if it gets too long, I just think there’s still too many questions under each. I’m happy with breaking them out, I just think 40-some questions if I’m counting them up correctly, I think we’re at 40, that’s a large review and that’s a lot of questions. I’ve never worked for a company that’s had 40 individual items like that, I’ve just never seen that in my life,” Wemhoff said.
By a similar 4-1 vote after one adjustment to have all the forms turned in to the city attorney, the board approved a process for the evaluation of the city administrator. Keith was again the lone no vote.
Fridolph explained the process primarily allows setting deadlines to ensure the evaluation is efficient and done in a timely manner. Silvius says the first deadline entails distributing the form to the mayor, city council members, department heads, and city administrator, followed by another deadline for completion.
In other business, the council:
• Approved airport hangar leases for Orme Outdoor, Nick Hildreth, Shane Lester, Brian Manning and Cedar Ridge Aviation.
• Agreed two dogs owned by Sandra Chacon are considered “dangerous” per city code and will be euthanized. The two dogs were captured on video surveillance killing exotic pet birds belonging to Rome and Jill Ozuna. Chacon did not attend the meeting.
• Approved an engineering services contract with Snyder & Associates, Inc., for runway edge lighting. The total contract amount is $79,500.
• Appointed Drew Swanson to serve on the Historic Preservation Commission.
• Approved pay request No. 2 in the amount of $166,838 to Grand Contracting, Inc. for work on the Fountain Square Park bandstand.
• Approved the purchase of six Microsoft Surface 12.4 touchscreen laptops from Midwest Data, at a cost of $3,827, for council members and the mayor. The computers will be paid for through American Rescue Plan Act funds.
• Agreed to discuss the city’s snow ordinance at next month’s meeting when street department director, Chris Baird, can be in attendance.
• Agreed to have Mediacom and FMTC back at the Dec. 3 meeting  for an update.
• Agreed to have Silvius and Fridolph start compiling a list of what is needed to update the city’s website.
• Agreed to have Lester work with Midwest Data’s Ryan Ernst on an agreement, not a policy, on city technology. They will report back to the council at the end of the year.