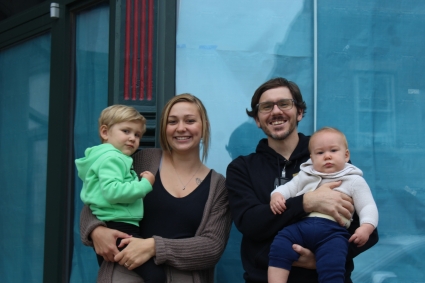 As for Beau, he said he continues to be pro-Red Oak, and he cares about the community a great deal.

“It’s another way to give back to the community. I really love our history, so it’s been an hour to be in a position to help restore some of that history. We saw an opportunity, and we took it,” stated Beau.

The Boeyes also expressed their appreciation to the DUR Board for the recommendation for the Community Catalyst grant, as all the proposed projects were great options.

“Without it, it will take us a lot longer to achieve what we’re trying to achieve. If we get chosen, I thing it’s really going to help us out. With the recent renovations to the Red Oak Grand Theatre, and the work Perry White has done to his building right next door to us, it’s going to further develop that part of Red Oak’s downtown and help restore that block,” Beau explained.