Board approves additional expenses for new boiler at technology center 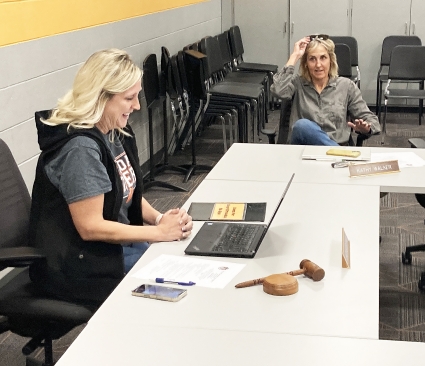 The Red Oak School Board tackled a light agenda at its regular meeting Oct. 10.
Among the items on the agenda was approval of three change orders on a replacement boiler at the technology center. The school board, at its Aug. 24 meeting, approved a  low bid from Ray Martin Company at $163,000. Superintendent Ron Lorenz said Ray Martin noted three necessary change orders.
“They need to replace the boiler pumps. They discovered the problem after ETI had sent the project out to bid. The new motors and seal kits cost $6,770, and they are currently in stock, so we’re optimistic we’re going to be able to get those purchased and get them installed relatively quickly,” Lorenz said.
The company also recommended the configuration of the plumbing that serves the boilers be changed.
“They would rather pull water  through the boilers, which is the industry standard, rather than push water through the system, which we’ve been doing since they were originally installed 20 years ago,” explained Lorenz. “In speaking with the boiler manufacturer, they said there’s nothing necessarily wrong with pushing hot water through the boiler, but pulling the water is the preferred method, and by changing the water flow, it will extend the life of those boilers and it will be a more efficient system. The plumbing and installation is going to cost $8,300.”
The final change order is to add a temperature sensor, which  Lorenz said was fairly inexpensive and would again improve the efficiency of the system.
“All told, we’re looking at $15,070 in change orders, which brings the total cost of the project to $178,070, but that is still well below the $291,000 originally budgeted, and it’s still much less expensive than the alternate bid we received of $224,000,” said Lorenz.
Lorenz added he believes these will be the only necessary change orders. The board approved the change orders from Ray Martin, in the amount of $15,070.

The board also approved the second reading of the board policy on meal charges and negative balances, and waived the third reading. This will allow the board to clarify its position on negative account balances.
Lorenz said the board was required to have a clear policy and communication plan so parents knew where they stood relative to those account balances.
The policy had been discussed in detail at prior meetings, thus the board’s decision to waive the third reading. He issued a reminder of what it means for the school lunch program moving forward.
“Under the guidelines, K-sixth grade students can charge reimbursable meals, seventh through 12th grade students can charge up to $10 in reimbursable meals, and district employees cannot charge meals or carry a negative balance. Ala carte items cannot be charged,” commented Lorenz.
Also, the board approved the renewal of a Marzano iObservation annual licence, for $5,000.
“iObservation is the online system we use to collect, manage and report all of the longitudinal data that we take on things such as teacher observations and evaluations. It’s the data we use to inform our professional development needs and differentiate our career development plan,” stated Lorenz.
According to Lorenz, the platform itself was an importat part of the implementation of the Marzano model, and the district is seeing good returns on the program.
“Now that we’re seeing how effective it can be, we want to make sure that we maintain that momentum moving forward,” advised Lorenz.
In other business, the board:
• Approved the disposal of four floor scrubbers and one buffer. Lorenz said parts were no longer available and they could not be repaired, but since it was a capitol asset, it required board approval.
• Approved the resignation of Nathan Rouse from all coaching contracts, effective immediately.
• Approved the hire of Guadalupe Ramos-Lopez as a paraprofessional at the Red Oak Early Childhood Center.